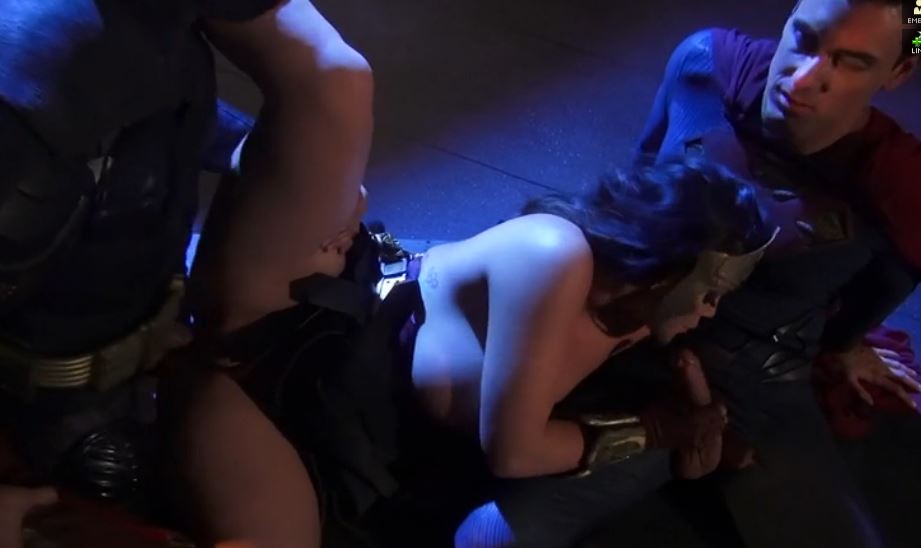 It seems like Batman might be running a little low on energy juice lucky for him Superman doesn’t mind taking over and giving this busty girl a hardcore fucking. You can tell they’re getting closer to ridding Wonder Woman of that dark force inside her, I just think they need to combine their powers and both take her on at once. It might be the only way for Superman and Batman giving Wonder Woman two big fat cocks to keep her going for another round of action!